According to recent data, more than 125 million people in the world have psoriasis, the disease causing suffering and dramatic decrease in the quality of life.

Psoriasis is immune-mediated disease seen mainly on the skin, but this is the top of the iceberg because autoimmune inflammation caused by it can lead to multiple complications, especially in the joints and cardio-vascular system. In people with genetic predisposition, psoriasis can be triggered by skin injury, infection, medications and stress. Usually skin damage is local inflammation resulting in tissue regeneration. In case of psoriasis, damage or infection can lead to self-sustained chronic inflammation and functional impairment of the skin.

Unfortunately, effectiveness of routine treatment of psoriasis is quite limited. Because of this, alternative treatments, such as stem cell therapy, can be used for people affected with this disease.

More than 15 years ago, scientific team of the Infinity Clinic published their results demonstrating that administration of fetal stem cells could result in significant immunomodulatory effect. After that, many other laboratories in the world reported different immunomodulatory properties of stem cells. All these data together provide rationale for stem cell treatment of psoriasis.

Recently, we treated two patients with psoriasis with stem cells, because routine therapy had failed. Photos below show substantial improvement of skin condition after stem cell therapy. These results provide clear evidence of stem cell therapy effectiveness in psoriasis, and they were achieved in a combined effort of the scientific and medical teams of the Infinity Clinic. 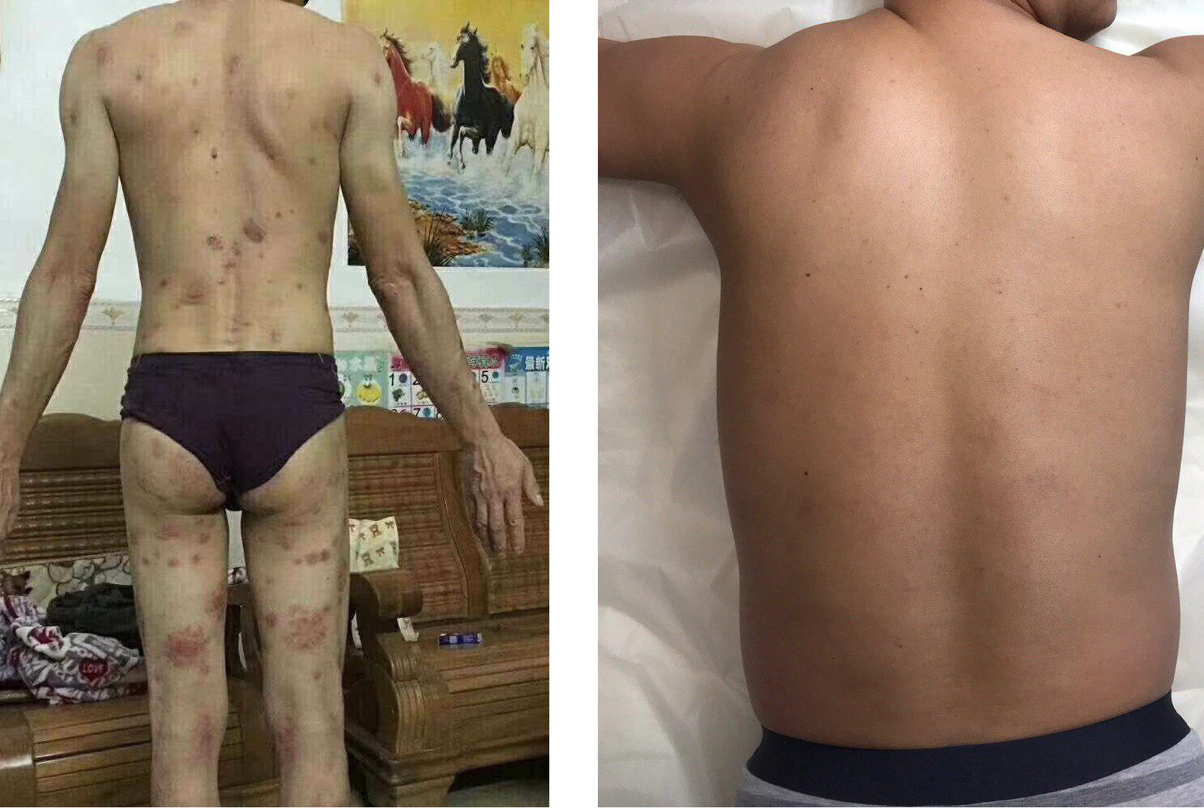 Infinity Clinic at the 16th Anti-Aging and Aesthetic Medicine World Congress in Monte-Carlo under the High Patronage of H.S.H. Prince Albert II of Monaco. Dermatovenerologist and leading ...

After 2007, United Nations declared April 2nd as a World Autism Awareness Day. Since that day, blue campaigns, for ex. #BlueForAutism became the symbols of starting a global conversation on how to ...